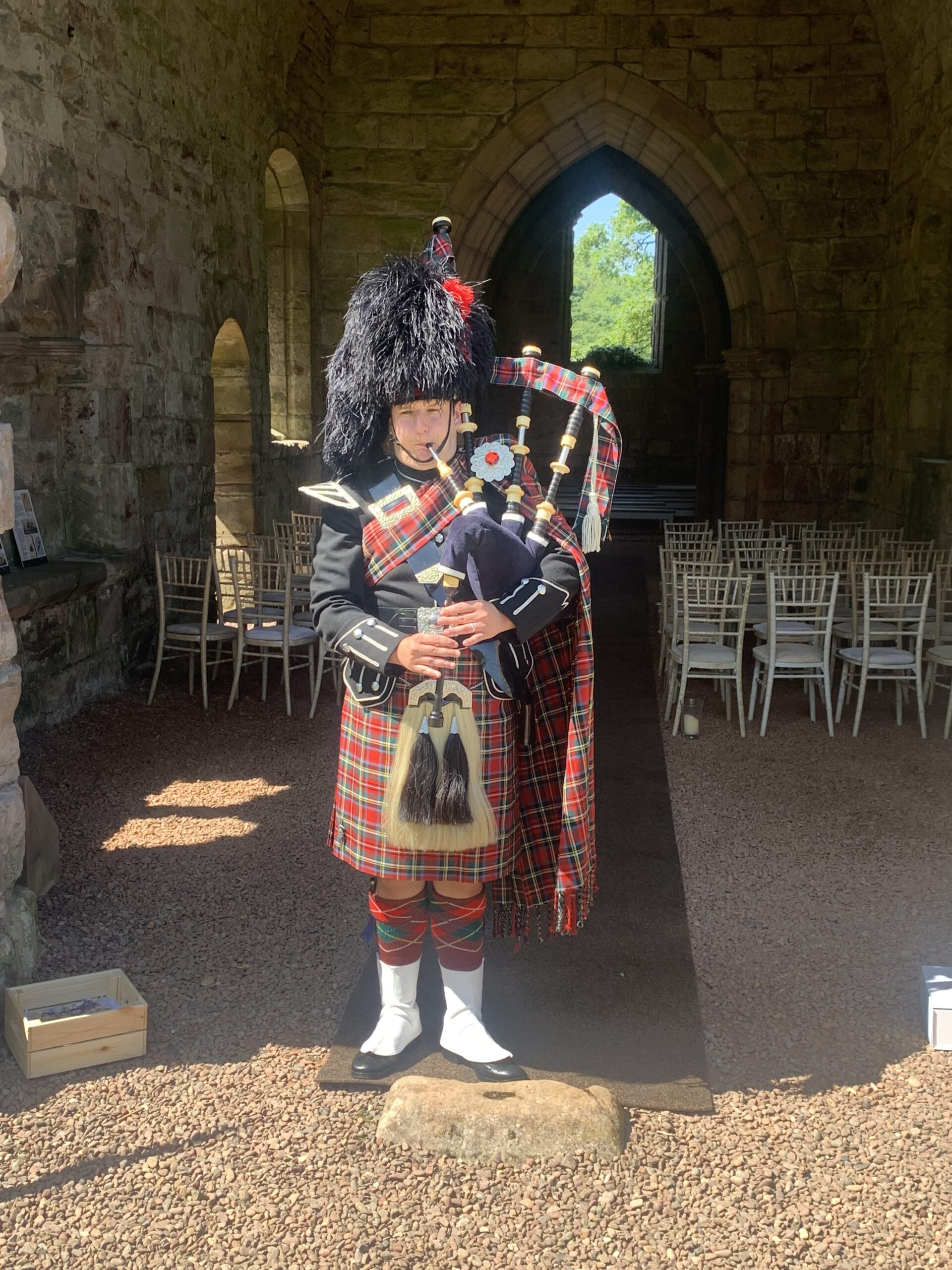 David started learning to play the chanter at the age of 7, taught by his Uncle Colin around his granny’s kitchen table. He quickly progressed and joined the local pipe band in Selkirk where he developed his love for the bagpipes. He was successful in becoming a member of the National Youth Pipe Band of Scotland which attracts the best young pipers in Scotland. Since then he has competed and performed in pipe bands all over the country and the world.  He has a great deal of experience playing at Weddings and other events including the queens garden party at Buckingham palace, London.

He is currently a member of Police Scotland Fife Pipe Band having previously played with Lomond and Clyde and The Vale of Atholl Pipe Band, both RSPBA grade one bands. He has travelled around the world piping including Romania, France, Spain and Italy to name a few.

His proudest moment in piping so far was placing 8th in the World pipe band championships in 2017 with The Vale of Atholl Pipe Band Grade 1.