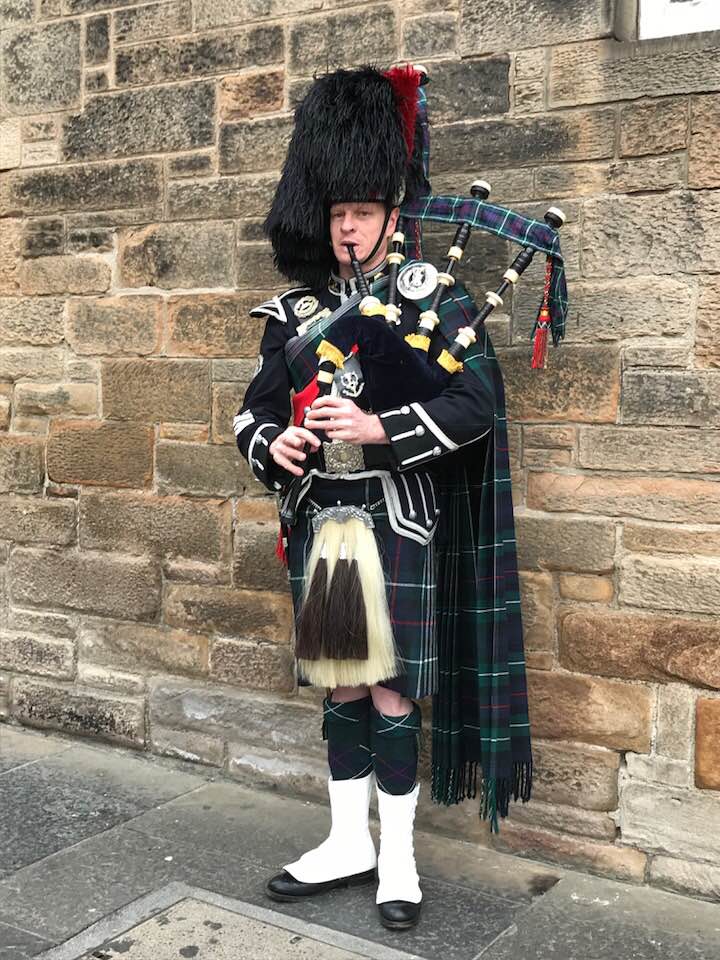 Now based in Edinburgh, Glyn comes from the village of Kingussie in the Highlands, where he started piping at the age of 9. He played with the famous Vale of Atholl Pipe Band, starting in the Novice band and progressing to Grade 1.

Glyn spent 6 months living in South Korea. He played the pipes for a Korean company who specialised in importing Scottish products, as well as piping for the British Embassy in Seoul. Glyn also spent a year in New Zealand playing in the Manawatu Scottish Society Pipe Band. This is a Grade 1 pipe band who are regularly amongst the top 10 placed bands in the World Pipe Band Championships. In 2005 Glyn was the New Zealand Champion Piper.

Glyn has extensive knowledge of the bagpipes and their history. He also plays the Scottish Small Pipes, which are a very different sounding instrument to the Highland Pipes. The more mellow sound makes them well-suited to smaller, more intimate indoor venues.