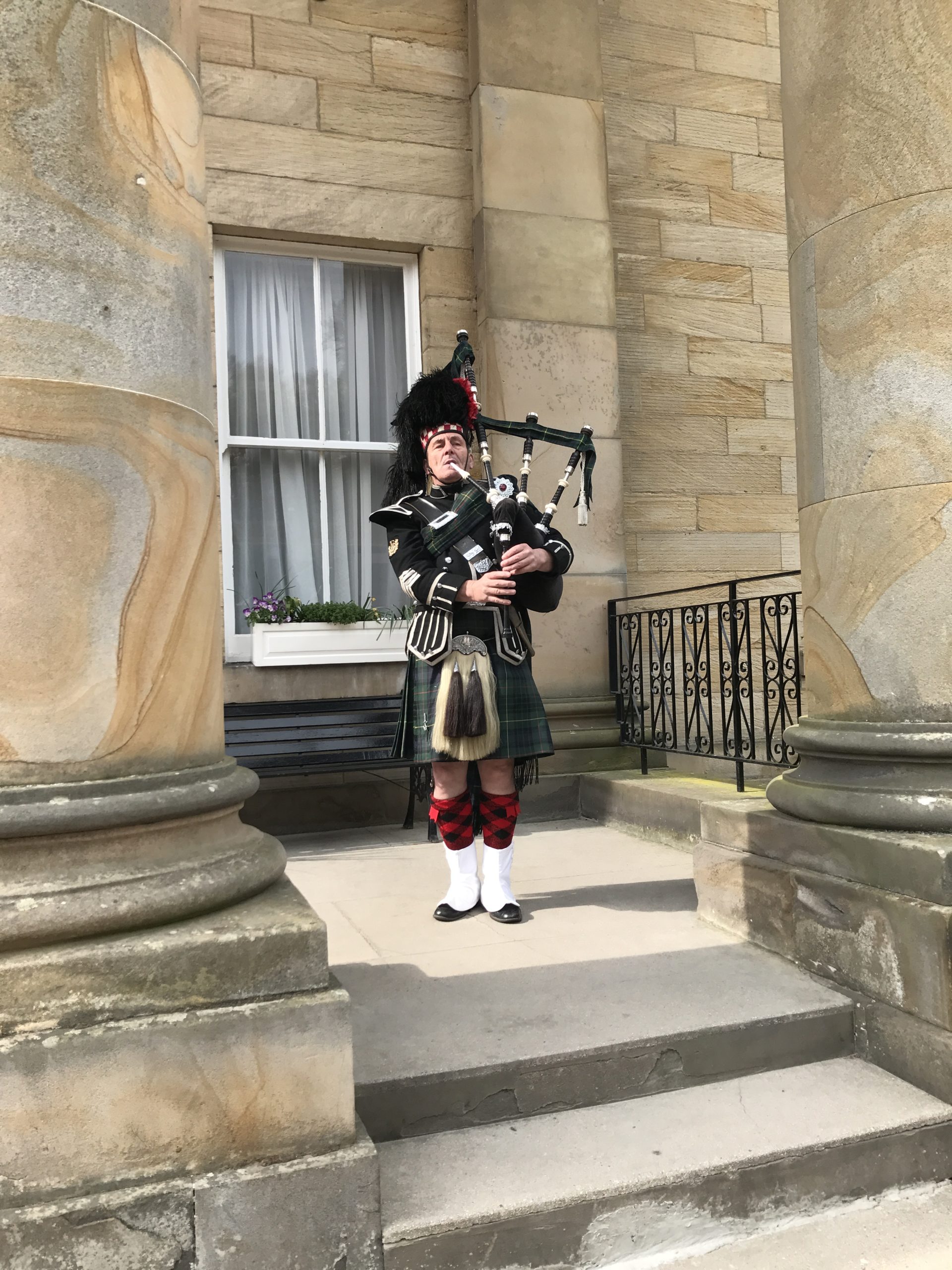 Jim hails from Burntisland in Fife. He is the former Pipe Major of the Burntisland and District Pipe Band. Originally taught by the Kirkcaldy British Legion Pipe Band form 1967-1974, Jim moved on to play with Bowhill Grade 1 band between 1974-1976. Jim took time time away from piping (raising family etc) before returning to play with Kirkcaldy YMCA from 1986-1994. Pipe Major Burntisland 1994-2002 and 2004-2008.

Jim started teaching within Burntisland, starting a novice band in 1995. The band were promoted just 2 years later to juvenile, allowing another novice band to be formed. Jim took the juvenile band to Grade 3A in 2001. During his time as Pipe Major with Burntisland Pipe Band(s), they amassed over 300 band prizes and on the solo scene, individual Burntisland pipers amassed over 500 prizes in chanter, piping and drumming.

Jim now focuses his exceptional skills on providing a high-class performance to all private events he is booked for. He has played at wedding’s the length and breadth of Scotland, as well as Germany, France, Belgium, Spain.

Jim prides himself on providing an exceptional service and likes to remember: He who pays the Piper calls the tune!